At 7-8 %, the female representation in management positions at Swiss companies is at a very low level (Source: Schilling Report). The development of the past years shows hardly any progress.

But why do many companies still underestimate the economic benefits of a more balanced gender distribution?

Usually, there is no direct intention of keeping the female representation in management so low.

However, many companies have little appetite for remedying this situation. Stereotypes and biases are often unconsciously very pronounced- these patterns can hardly be overcome with conventional methods.

In order to gain a more differentiated picture of the individual industries, DOIT-smart has examined the female representation on management boards and boards of directors  of the largest Swiss companies by industry. The analysis is based on publicly available data that has either been available on the company’s website or monetas.ch (from April to October 2018). An overview of the companies (incl ranking) is continuously published on the DOIT-smart homepage.

In around 55% of the surveyed companies, there is no woman at all to be found in the management. On the other hand, this looks better in the boards of directors, as around 73% of the surveyed companies have at least one women on the board. In around 20% of the 130 companies, gender parity does not seem to play a role at all – women are neither to be found in the management nor the board of directors.

DOIT-smart supports and advises companies in the implementation of a successful diversity strategy from a neutral perspective. The focus lays on a business-oriented gender diversity management. In addition, DOIT-smart analyses the current situation from 2 perspectives – from the perspective of the employees and from the perspective of the management – to determine the current situation. Existing strategies and processes are questioned and analyzed with the aim of creating a company- specific gender profile and identifying the need for action on the basis of the findings.

In a second phase, solutions are developed in cooperation with the company. DOIT-smart supports the company throughout the entire process. A Gender Diversity Dashboard (GDD©) based on performance Indicators continuously monitors the progress of the implementation. 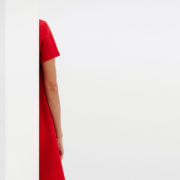 Want to join the discussion?
Feel free to contribute!

The lever is in the promotions
Scroll to top
In order to continue viewing our website, please accept our data privacy policy.Ok